What is the FDCPA? 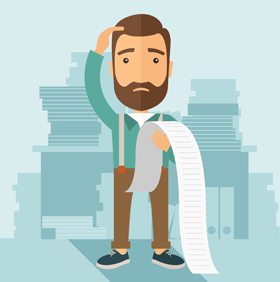 If you’re an attorney or debt collector, collecting consumer debts on behalf of other individuals or businesses, you need to know about the FDCPA. The Fair Debt Collection Practices Act is a Federal law that governs what third-party debt collectors can do in collecting a debt.

Attorneys may not consider themselves debt collectors, after all, a client simply hires you to file a lawsuit on their behalf. However, in April 1995, in Heintz v. Jenkins, the U.S. Supreme Court held unanimously that the FDCPA does indeed apply to attorneys and law firms collecting debts for clients.

A third-party debt collector is anyone who collects debt on behalf of another. It doesn’t apply to a company collecting its own debts, unless the company is collecting debts under another name.

Two Things the FDCPA Requires Collectors to Do

Debt collectors have to identify themselves when they’re collecting a debt and let the consumer know that any information obtained will be used to collect the debt. This spiel has become known as the “mini-Miranda” because it’s similar to the Miranda warning given by police to criminal suspects.

All the Many Things Collectors Cannot Do

Much of the FDCPA outlines all the many, many things attorneys and collectors cannot do when collecting a debt from a consumer. Debt collectors and attorneys cannot:

Consumers are allowed to sue debt collectors who violate the FDCPA for up to $1,000 in damages. Consumers may also complain to the Federal Trade Commission, Consumer Financial Protection Bureau, or state Attorney General. Any of these government agencies may take legal action against collectors who violate the law including financial penalties, an order to refund all affected consumers, or an order to change business practices or to stop doing business altogether.

What the CFPB's Advisory Rule Means for Convenience Fees