“Not My Debt” - Consumers’ Biggest Complaint Against Debt Collection Agencies

The Consumer Financial Protection Bureau received approximately 81,500 debt collection complaints in 2018. These complaints along with CFPB’s other rulemaking actions will be addressed in Spring 2019, when the Bureau releases its Notification of Proposed Rulemaking.

Debt collector complaints fell into one of six categories:

Complaints regarding attempts to collect a debt that’s not owed

Complaints regarding written notification about a debt 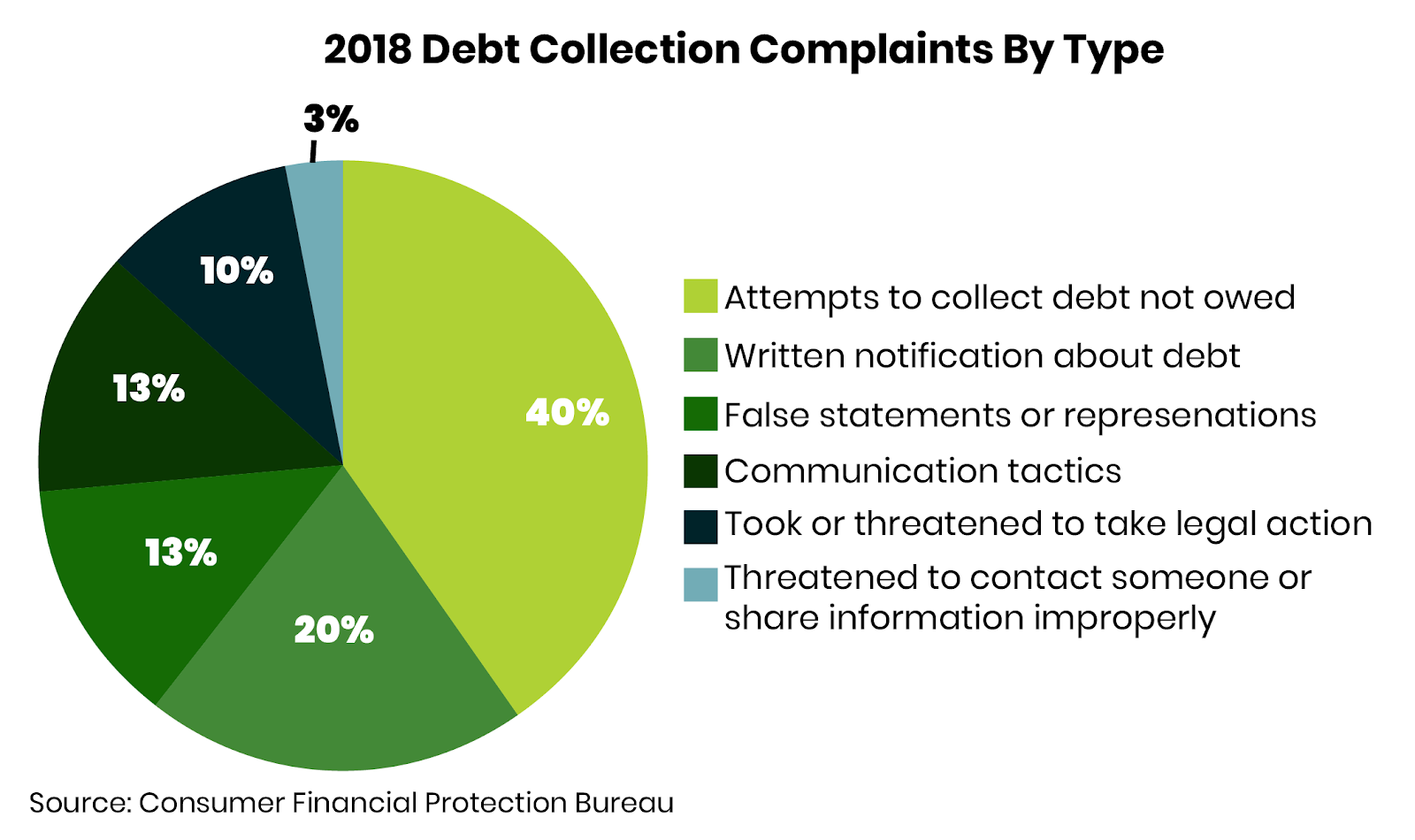 In 2018, the Bureau’s examinations identified one or more violations of the FDCPA - one of particular importance is collector’s failure to respond to a consumer’s request for debt verification.

The CFPB found that in some instances, collectors failed to respond to written requests for debt validation from consumers or were attempting to collect a debt prior to sending a response to the consumer or both.

The CFPB reports that one or more debt collectors are revising their debt validation policies, procedures, and practices to ensure compliance with FDCPA section 809(b).

Companies Are Liable for Knowingly Contracting Agencies Who Violate the Law

In 2018, the CFPB took action against National Credit Adjusters, LLC and its former CEO and part-owner after the Bureau’s investigation found that NCA continued to place debt with companies knowing or disregarding the companies’ illegal debt collection practices. The company is barred from certain collection practices and the former CEO is permanently barred from working in any business that collects, buys, or sells consumer debt. The CFPB also imposed $3 million penalties against both NCA and its former CEO.

Did you know that HealPay is WCAG 2.0 compliant?

In order for HealPay's services to be accessible for all users of the web, we've made our consumer websites WCAG 2.0 compliant...